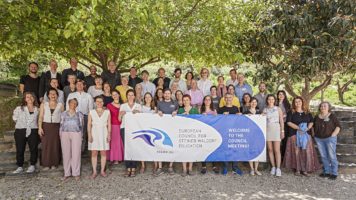 Dr Kishore Singh had served UNESCO for many years, and was responsible for the programme on human rights education (1994-1997). Subsequently, he developed the programme on the Right to Education. He has long standing professional experience as a result of the work accomplished by him over the years at UNESCO (till 2009). He collaborated with the United Nations system including the United Nations treaty bodies in the field of the right to education. Technical assistance provided by him to several countries for developing/modernizing national legalisation has been valuable in strengthening the foundations of the right to education in national legal systems, and has been commended. His expertise also covers the constitutional and legislative bases of the right to education, and their comparative analysis.

In which ways the mandated country visits help get an in-depth understanding of a country and help motivate change?
Country visits are an integral part of the thematic mandate-holders as part of Special Procedures of the Human Rights Council. In deciding and undertaking official missions to a number of countries in my capacity as the United Nations Special Rapporteur on the Right to Education (2010-2016), my objective had been to make the visits purposeful.

For doing so, it was essential to be fully knowledgeable about the country and its education system. I considered it crucial to engage the Ministers of Education, Government officials, public authorities and professional bodies in constructive dialogue so that the visit was impactful.

This has been the rationale since my first visit to Senegal (2011), where I had discussions with the Minister of Education on diversification of education so that the children in the ‘Daras’ in Senegal attend secondary schools and become empowered. The same rationale prevailed as regards my all other country visits: moderation of education system in Kazakhstan in the process of democratization; devising an education system in the wake of Arab Spring in Tunisia; appraisal of special dimensions of values education in Bhutan based on the concept of Gross National Happiness (GNH) an alternative model to market-centred approaches to development; constitutional foundation of education in Ecuador with focus on ‘Sumak Kawsay’ (good living) as a constitutional value; quality imperatives in Seychelles; endeavor in nation-building in Fiji with pivotal role of right to education; education as a public good and effective regulation of privatization in education in Algeria; baleful effects of laissez-faire economy and unbridled privatization of education as a commodity in Chili, and its restoration as a right.

I think, it is much more productive and useful to keep the constructive dialogue central to country visits rather than an attitude of ‘naming’ and ‘shaming’, and remain continually engaged with national authorities in a spirit of collaborative endeavour. Motivating and persuading the country for a change for better which is respectful of human rights is clearly an absolute necessity. Appreciation and full commitment by the country for giving follow up to the recommendations and suggestions I made in my Report to the Human Rights Council has indeed been very gratifying for me.

If you were to mention one particular resolution that was raised and adopted during your mandate that you are specially proud of, which would it be and why?
All the Resolutions adopted by the Human Rights Councils following the dialogue with the Council on the thematic Reports presented by me annually were encouraging for supporting set of recommendations made therein. However, the Resolution adopted on 22 July 2015 (A/HRC/RES/29/7) following my Report on “protecting education from commercialization” stands out to me as groundbreaking.

It recognized the importance and the need for the States for “Monitoring private education providers and holding accountable those whose practices have a negative impact on the enjoyment of the right to education by, inter alia, engaging with existing national human rights mechanisms, parliamentarians and civil society.”

The Human Rights Council urged all the States to give full effect to the right to education by all appropriate means, including by taking measures, such as “Putting in place a regulatory framework guided by international human rights obligations for education providers”; expanding educational opportunities for all by way of public investment in education, to the maximum of available resources and strengthening the engagement with communities, local actors and civil society to contribute to “education as a public good.”

Following this Resolution, I made a statement, giving a call for “Safeguarding the right to education from forces of privatization”, posted at the time on the website of the OHCHR. Several non-State partners and civil society organization, notably OXFAM, ‘Education International’, the Open Society Foundations, the NGO-Platform on Right to Education, expressed their full support to my earlier Report on this theme presented to the United Nations General Assembly in 2014. Push towards privatization especially in developing counties calls for vigorous action for protecting education from being commercialized.

One of the most relevant topics of your mandate was the humanistic approach of the right to education. Any good news we can identify on this regard?
In all my work, I have been giving high importance to the need for humanistic mission of education. This is the lynch-pin of quality education as I elaborated in my Report (2012) on the imperatives of quality education to the Human Rights Council. This is the core of objective of education so that every child and adult is nurtured by education to be a good human being.

Fostering humanistic mission of education has become a moral imperative in order to overcome ‘values-crisis’ engendred by the predominance of materialistic pursuits which afflict our socitey today. Value-based education with focus on morals and ethics is invaluable in mitigating and overcoming many woes that afflict our society. Several countries around the world are recognizing the need and importance of overcoming values-crisis by promoting human values as a primary vocation of education. In the Paris Declaration on Promoting Citizenship and the Common Values of Freedom (2015), the Ministers responsible for education in the European Union expressed their “special duty to ensure that the humanist and civic values we share are safeguarded and passed on to future generations; the African Union has put premium on ‘social renaissance’ – respect for traditions and ‘shared values’ – with commitment to promote values and Pan-Africanism “in all our schools and educational institutions.”

Among national examples, on can mention: the drive towards fostering ‘morale’ through education in France; humanistic spirit in education in China in keeping with Confucian tradition; humanistic nature of education and priority of common human values as part of Principles of State Policy in the Russian Federation; ‘humanist focus’ as a key pillar of Mexico’s Educational Model. Besides, learning to live together peacefully and respectfully in multicultural and multilingual society is receiving enhanced attention. What is necessary is to evolve new architecture of education system so that human values so necessary in today’s world become its bedrock.

Did the Covid-19 pandemic cause any particular setbacks, if yes, which? In the contrary, did the pandemic entice new teaching methods and normalised online studying so that pluralistic education options became more available?
Covid-19 pandemic has caused many setbacks to the cause of education. With undue and excessive emphasis on resorting to online, virtual education, it had aggravated the digital divide, as a vast majority of the children and adults from vulnerable and poor families have been marginalized on account of their inability to afford such devices. Its baleful impact is also manifest in discarding ‘face-to-face’ teaching and learning, and deprivation of human interactions in education. UNESCO’s Director General, Audrey Azoulay, has rightly observed that a screen can never replace the teacher. Digital devices connect students and teachers virtually but they disconnect them in terms of personal human interactions and human touch, human warmth and joy of physical presence rather than merely virtual. Their forced use has also caused psychological perturbations in children and adults. Moreover, the Covid-19 has derailed education system as evidenced by the mushrooming of private providers of digital devices and private online sites and services, with huge propaganda, thus giving push to making education a most lucrative business.

It is misplaced to deem that the Covid-19 has enticed new teaching methods and normalised online studying, providing ‘pluralistic education options’. Digital devices are merely tools and as such, supplementary; they should not be allowed to derail and supplant the education system. The digital devices are a monster in human hand but invisibly, the hand of this monster is becoming dominant force over the human hand. In my Report to the Human Rights Council on the right to education in digital age (2016), I highlighted some of the negative effects of resorting to digital devices as regards the right to education – both in terms of ‘entitlement’ and ‘empowerment’. We must bear in mind that ‘knowledge’ is different from ‘information’ and to take heed of warning given by Richard Paul Evans: “What a culture we live in, we are swimming in an ocean of information, and drowning in ignorance.”

Since you finished your mandate, have you continued working in the field of education, and if yes, what projects are you currently working on?
My mandate as the UN Special Rapporteur on the Right to Education came to an end in 2016, but I remain devoted to upholding the cause of education. Notwithstanding the end of my mandate, I have been keynote speaker at several high level events and conferences and have given courses and lectured at the Universities – both in English and in French.

I think, more vigorous advocacy is necessary for preserving and safeguarding education from being commercialized as a lucrative business and safeguarding it as an inalienable human right and as a public good. While in a globalized world, education is undergoing transformation, the question is: how the right to education is not adversely affected in this process but prevails as an internationally established right, with clear international legal obligations to be assumed by States for its realization and fulfillment.

I am especially looking into some key areas which I deem to be of critical importance today and which deserve much more attention: regulatory frameworks and policies on technologies and education, especially on use of digital devices in education system; and repercussions of the laissez-faire economy and unbridled market forces on education and on the whole gamut of socio-economic and human development and the need for safeguarding and fostering the right to education as well as the right to development.