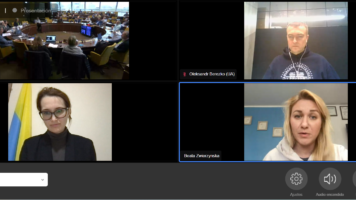 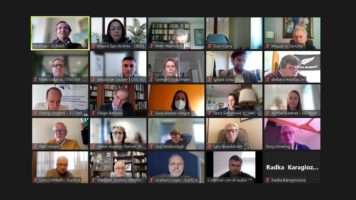 OIDEL actions during the 49th session of the Human Rights Council

The 49th session of the Human Rights Council took place in Geneva in March 2022. After two years of COVID, all the meetings were held in hybrid format. Despite the format, OIDEL was able to participate delivering several oral statements.

Our actions are summarized below:

Interactive Dialogue with the Special Rapporteur on Cultural Rights, March 9
In her first report to the Human Rights Council, the newly appointed Special Rapporteur in the field of cultural rights, Alexandra Xanthaki, presented an overview of her mandate, highlighting the positive nature of culture for the individual, communities and societies, and recalling the legally binding obligations that States have assumed to ensure the realization of cultural rights.

In her oral statement, OIDEL encouraged the Rapporteur to consider education as a cultural right, essential to ensure the full development of the human personality, insisting that the recognition of communities and parents as pillars is essential to guarantee this right. Nine NGOs have co-signed this statement.

Following the interactive dialogue, we had the opportunity to speak personally with Ms. Xanthaki. We discussed possible collaborations on some of her future reports, especially those related to teaching identity and history, especially in the case of immigrants and minorities.

We took the floor to remind the SR that sexual education must be embedded into the religious and cultural grounds of the students for them to understand and embrace the teaching. We, therefore, urged the SR to work together with community groups in developing the education children need for being best protected from sale and sexual exploitation. Four NGOs have co-signed this statement.

OIDEL, in its oral statement, reaffirming UNESCO’s new world report on the futures of education, emphasized that education has always played a fundamental role in the transformation of human societies and that it must continue to do so if we are to build a just, equitable and sustainable future.

Interactive Dialogue with the Special Rapporteur on minority issues, March 22
The last Interactive Dialogue in which we participated took place on March 22 with the Special Rapporteur on Minority Issues. In his report, he lamented that the ground-breaking 2018 joint UN-World Bank study “Pathways to Peace: Inclusive Approaches to Prevent Violent Conflict” omits that the root causes of most violent conflicts today are often intimately linked to violations of the human rights of minority communities, hence the need for the international community to incorporate a human and minority rights framework as an early warning tool to prevent violent conflict.

Recalling that many conflicts arise from a sense of grievance due to exclusion, inequality, and lack of recognition of different cultural groups, OIDEL stated in its oral statement the need to ensure a pluralistic education system in which all communities can participate in the realization of the right to education.

On children’s rights in Ukraine
In the face of the current crisis in Ukraine, we decided to give a voice to the voiceless in that country by allowing partner organizations to speak in our place.

Philippe Richard, Secretary-General of OIEC, visited Ukraine in the first days of the invasion. In his statement, he stressed that the recent attacks deprive children of the right to education and called on the international community to unite in working against these violations of children’s rights.

Also, Lukas Mall, Ukrainian, an experienced ECSWE pedagogue, expressed his deep concern for children in Ukraine who are facing traumatic experiences. He called for help from the international community to provide training in Emergency Pedagogy for teachers in Ukraine and Ukrainian refugee camps.

Co-signature of other oral statements
During the General Debate, OIDEL signed the oral statement of the NGO Working Group on Human Rights Education and Learning.