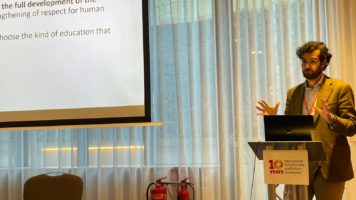 Ignasi Grau, director of OIDEL, is awarded with the First Prize of the 2022 Patrick Wolf ISCRC Best Paper Prize 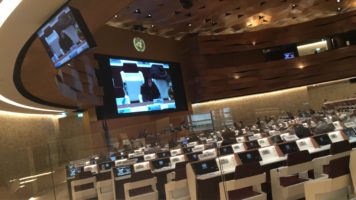 OIDEL actions during the 49th session of the Human Rights Council

General Assembly of the Council of Europe INGO Conference, 4-6 April 2022

During the different sessions of the event, which took place in a hybrid format, deep concern was expressed about the situation in Ukraine. Daniel Guéry, President of the Committee for Migrants’ Rights, organised a colloquium with several Ukrainian refugees, including a university professor, to discuss among others the issue of education for migrants.

On the last day, OIDEL supported the proposal for the creation of a new Education Committee to be chaired by Arja Krauchenberg, member of OIDEL’s executive committee. Gerhard Ermischer, President of the Conference, underlined the key role of this committee, which will collaborate in a cross-cutting manner with the other committees, given the importance of education for the creation of democratic societies based on human rights.