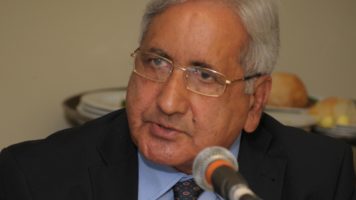 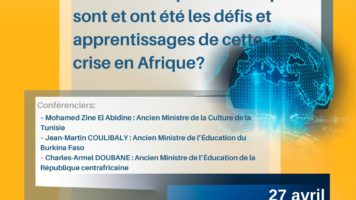 Dialogue with African Ministers – “Education during the pandemic”

In February of this year, EMIE (European Meeting of independent Education) issued a position paper on the European Commission’s initiative “Pathways to School Success”. Following the paper, a policy event was organized to open the discussion between the different stakeholders in the field of education and representatives of the European Union. This event was co-organised by ECNAIS, ECSWE and OIDEL.

Opening the dialogue was Annalisa Canonni, Policy Officer of the European Commission. She recalled that the paradigm in which “Pathways to School Success” was written, was one of an inclusive and holistic vision of education. She welcomed EMIE’s contribution.

The first panel served to set the scene by recalling the content of the position paper and by presenting the legal framework of the human right to education. Ignasi Grau of OIDEL highlighted the positive obligation of States to accommodate independent schools to guarantee the full enjoyment of the right to education. The right includes the freedom to choose. Free choice requires a diversity of options and independent schools are the enabler of such diversity, as Georg Jürgens of ECSWE highlighted.

The second panel opened the floor for the different stakeholders. Arja Krauchenberg, former president of EPA, challenged the title of the European Commission initiative by arguing that educational outcome is far more than “school success” but includes empathy, curiosity, and willingness to learn. She suggests that schools need to get away from the “success-centered” approach to a “child-centered”, holistic approach to education. A holistic approach includes parents and communities. She thus asks that the EU’s pathways to the future of education include increased support for parents.

Markku Moisala of ECNAIS, representing independent schools, expressed his concerns regarding the Finnish case. He showed that through the recent reduction of financial state support for independent schools in Finland, several schools had to close. Consequently, educational diversity is at stake in the country.

Representing Students, Rares Voicu of OBESSU brought attention to the importance of the well-being of students on their success as learners. He also emphasized that the definition of success must be calibrated to the local context to avoid unnecessary pressure. Disadvantaged regions cannot be measured with the same standards as well-developed cities.

Brikena Xhomaqi of LLLP too stressed that pressure is not the right tool. Change has to be done slowly so that everyone has time to adapt.

The last segment of the event was dedicated to policy conclusions of the EU representatives. Annalisa Canonni summarised the concerns of the different stakeholders and concluded that education was a relational process that should lead to the growth of the person as a whole.
Building on that, Victor Negrescu (S&D), Member of the European Parliament and vice-chair of the Committee of Culture and Education, stressed the importance of the relations between policymakers and stakeholders. They agreed that the way forward is one following a multistakeholder approach to developing a European system that is customizable.